During Arabic Game Jam 2013 many fantastic and high-quality game concepts were created. Every concept were unique in its own way and the jury went through a tough evaluation process before they agreed on the winner. 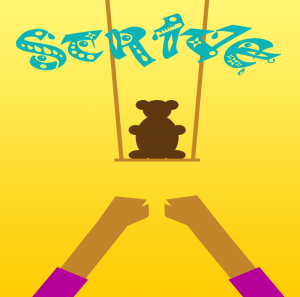 The goal of the game is to swing the Teddy bear to your friend on the other side. The game speaks for itself, but the team wants to stress that it is about valuing childrens perspectives in conflicts, and what it means to reach out to a friend. 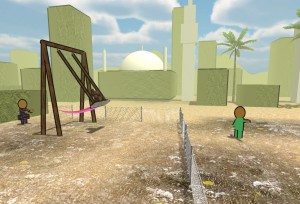 The jury’s motivation:
“The reaction from the audience pushed us there. A minimalistic concept, with depth both in regards of theme and play experience. Great design work and captivating core mechanic. A great example of how narrative can be embedded into and conveyed through gameplay.”

The honorable second place went to: 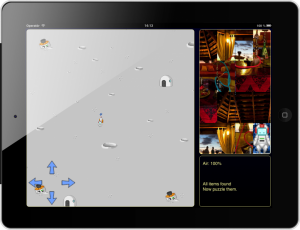 New Damascus is an iPhone/iPad exploration/collecting game. You play Adel who is stationed on a moon colony. His mission is to recreate Damascus on the moon. Every morning Adels friend Nour sends a space-pod with a mission and blueprint of things that Adel should build and the items to find to rebuild a certain landmark. Adel is to find the items on the moon and take them back to a grid where he wants to build the new city. The game incorporates elements of exploration, collection and relationship building with the other colonists.


The other fantastic game concepts: 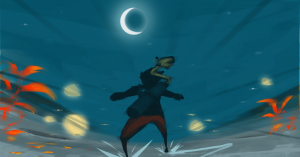 A mobile game where the friendship with a plant enables Gilgamesh to learn about a world’s culture while feeding it. It’s a collection game where the challenge lies in the amount of time you have in gathering culture. The player surfs through the level by tilting the mobile device. The main incentive that the game is competition and high scores.Licensed under Creative Commons: By Attribution-NonCommercial 3.0 Unported http://creativecommons.org/licenses/by-nc/3.0/ 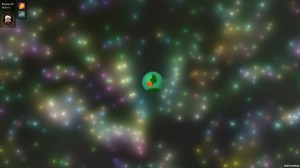 The player is going to solve puzzles by creating trading routes between different planets.
At the same time the Player is challenged to make the route look like a constellation that resembles the levels mission. All the planets have different natural resources they desire and resources that they are willing to trade away, so the challenge is to make them match.

The jury’s motivation:
“Interesting and novel concept. Got our imagination going! Great sound design, and overall high level of craftsmanship.” 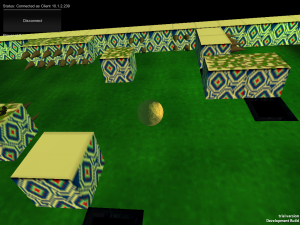 The core aspect of Mataha is to collaborate across borders while building a connection with a known or unknown co-player. The game features a casual play experience which is easy to pick up, but difficult to master – being successful is all about working together. The setting chosen for Mataha was inspired by mythical places, such as the Egyptian Labyrinth known as Mataha, found in the Middle East, which can also be seen in the audiovisual elements.
Mataha is a two player mobile game in which the players have to collaborate in order to lead a ball through a labyrinth. The players can control the movement by tilting the entire game board, similar to the old Swedish board-game “Labyrint”, meaning that one player can tilt the board up and down, while the other controls the left and right. The goal of the game is to maneuver the board while avoiding obstacles and traps.
All the rights for Mataha are reserved. 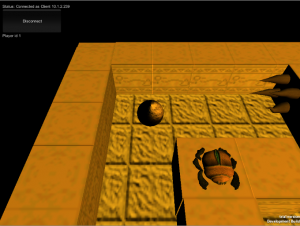 The jury’s motivation:
“Fantastic co-op solution with a strong connection to the friendship theme.” 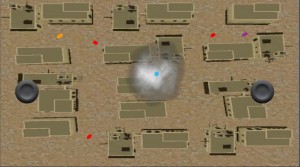 Our game revolves around an arab girl and her desert fox who has lost each other on opposite parts of a town. The town has been smitten with a spell by an evil djinn that makes the inhabitants sick, inactivated and easily manipulated. Our main characters have to fight the evil djinn in order to rid the town of the spell and find each other. The game consists of small puzzles, which the players choose by selecting houses(in story it means that you help curing a family if you succeed with the puzzle), where the players have to co-operate and be coordinated to fight back the djinn. By solving the puzzles the players rescue the people and gather them in order to be able to penetrate through the djinns spells and find each other.This work is licensed under the Creative Commons Attribution-ShareAlike 3.0 Unported License.

To view a copy of this license, visit http://creativecommons.org/licenses/by-sa/3.0/ 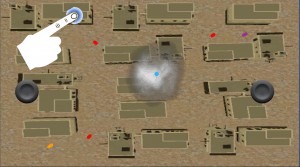 The jury’s motivation:
“Interesting design focusing on the social context outside the screen.” 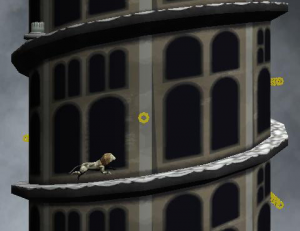 It’s an endless runner style of game, aimed at casual players and designed to run on mobile platforms (android at the moment). The story is based around the myth of the tower of Babylon, where people wanted to reach god (the tie in with the picture – godly view over the earth, and the theme of the jam), but he got angry and segregated them by making them speak different languages. The Lion of Babylon (the name of the game) is the player’s avatar and the aim is to unite these people (the tie in with the keyword) and basically scale the tower, gathering tokens, representing the languages (we don’t have assets for those, but that was one of the ideas concept-wise), while dodging obstacles. The game would become harder the higher you climb, because the tower was less and less finished and it simply has hazards like broken floors, pillars, etc. We also thought about integration with social networks such as Facebook – for every 100 tokens collected, a Facebook friend will be unlocked with whom you can compete for high score,
thus gradually building a high score table from your Facebook friends. 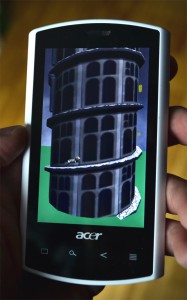 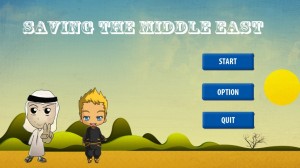 The Middle East is now facing the biggest problem of all time. The pollution is slowy killing the plants it’s up to Erik and Ali to save the Middle East. 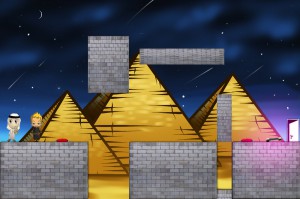 The jury’s motivation:
“Nice thought, and great effort. Up and coming designers!”