Reine Abbas launched Wixel Studios, a Lebanese game development studio, along with her husband and a business partner back in 2007. Since then, the firm has gone from strength to strength, releasing a series of games that have mainly focused on politics. Last year, Wixel released Survival Race, which won an impressive number of downloads in Asia and the US.
The firm’s most recent game is called Little Heroes, Big Deeds, which is an ‘edutainment’ tool for children. Reine Joined recently Lamsa World as a managing partner and the creative Director. Abbas was the Winner of the WOW award for artistic expressions 2013 (6th New Arab Woman Forum), also she was selected one of the most 5 powerful women in gaming  in 2014 by inc.com and also selected one of The World’s 100 Most Powerful Arab Women by arabianbusiness.com. 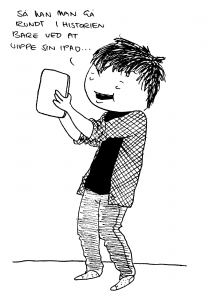 Tim Garbos is the co-founder of Kanako, a Copenhagen based studio that makes interactive experiences, installations, prototypes, and games. The projects are often a bit out of the ordinary. Recent projects include a virtual reality short film for the Oculus Rift and a karaoke game running on a ticket vending machine.

As part of Copenhagen Game Collective he participates in game jams around the world, and has made quite a few jam prototypes; some of them is on the market today.

The coaches will hang around, ready to give advice and inspire, and to help the teams on their way!